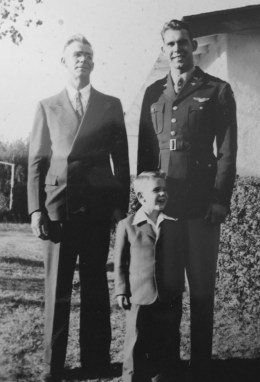 Aloysius Geis in Uniform with father and brother.

My Uncle Al is a hero. He was a flight engineer in the United States Army Air Forces and part of a flight crew of fourteen.  On September 4, 1945, just two days after the surrender of Imperial Japan, he lost his life, serving our great country.   Al volunteered to stay and continue to serve our great country by dropping lifesaving supplies to prisoners of war at Fukuoka Prisoner of War Camp No. 2 in Nagasaki, Japan. I never had the opportunity to meet my Uncle Al, but I have had the honor of hearing about his life from my father, his younger brother, Joseph Geis.

Aloysius Geis was born in Indiana to Genevieve and Urban Geis on December 29, 1921. He was the oldest son of six children, four sisters and one brother.  My Grandfather, Urban,  recovering from the effects of tuberculosis which he contracted in World War I, moved the family to Tucson, Arizona in 1929.  In 1940 Al graduated from “Tuc-Hi”, the Tucson Senior High School, home of the Badgers. He briefly attended University of Arizona for Engineering before he enlisted in the service. He was also an active member of the Knights of Columbus Squires, the Catholic Youth Club in Tucson, played the trumpet, and was a Boy Scout. 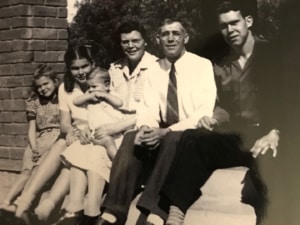 On March 2, 1943, Aloysius enlisted with the Army Air Corps. Celebrated by his Commandant and Base Commander, our family is then notified that he’s been selected for pilot training in August of that same year.

Aloysius married Miss Helen Isabel Finney at SS. Peter and Paul Church in Tucson, Arizona on April 18, 1944 surrounded by friends and family. According to a newspaper article announcing their nuptials, they had plans to settle in Albuquerque, New Mexico. Sadly, Uncle Al wasn’t able to fulfill that plan. 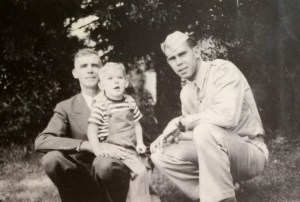 Early that fateful September morning, on board a B-29 superfortress in the 873rd Bomber Squadron, 498th Bomber Group, Uncle Al along with 13 other crew members successfully drop much needed supplies to POW’s. Unfortunately due to dense cloud cover the plane had to fly in low to drop the supplies, was unable to regain enough altitude and crashed into Mount Sashiki. All but one of the crew perished in the flames near the Fukuoka Prisoner of War Camp No. 2. One week later, all prisoners of war from the U.S., Great Britain, Australia, and the Netherlands were rescued from the Fukuoka.

Uncle Al was listed Missing In Action until December 1945 when the family receives official news of his death which was devastating to all. He is laid to rest in the Manila American Cemetery, Plot B Row 6 Grave 148, Taguig City, Philippines along side over 17,000 servicemen who lost their lives during operations. For his service, Aloysius has been awarded the American Campaign and the World War II Victory Medals.

On September 13, 2015, a monument was created to commemorate those who were imprisoned and perished at the war camp also known as camp Fukuoka-2.

“In memory of those who lived in such harsh circumstances, to which some of them succumbed, and with a profound sense of remorse, we proclaim our fervent hopes for everlasting peace in the world.” 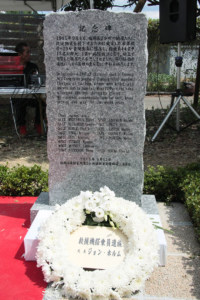 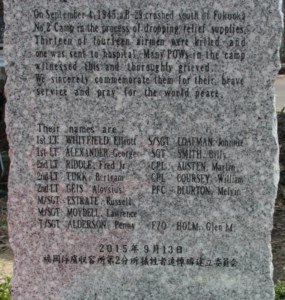